Mother’s Intuition – Why You Should Trust It 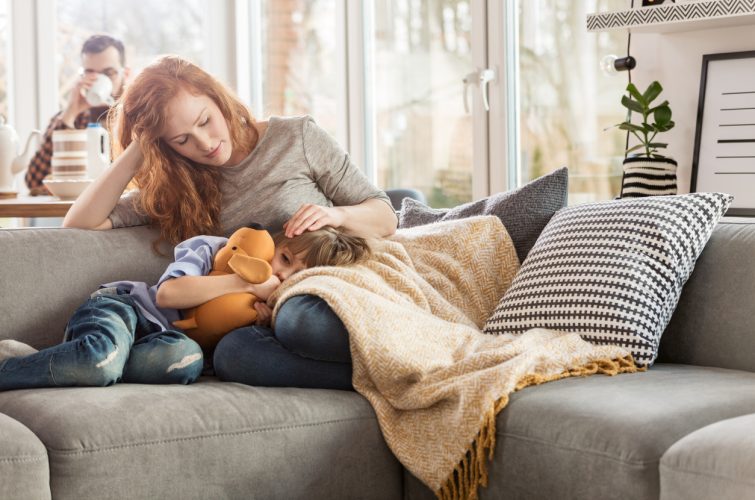 Dear Mum’s, you know that gut feeling you get?  The feeling that’s almost like an angel tapping on your shoulder telling you something is not quite right? I want you to know you should never dismiss that feeling.

Six months ago I noticed an unusual and very small black spot on my eight year old child’s leg. As six months went by I went to several doctors who all blew it off as something that was apparently nothing to worry about. “You wouldn’t cut it out?” I asked each one, “No it looks fine” was always was the response.

However every time I laid my eyes on this dot I was overwhelmed with that gut feeling  “something is amiss”.

I finally saw a lovely doctor who listened to my concerns and referred us to a specialist.”

That specialist was amazing. I aired my concerns and he replied “while I don’t think it’s serious, you need to listen to that motherly instinct so let’s cut it out and see what the pathology says”.

Within a week I received a call “Your instinct was correct” were the first words I heard. Turns out that dot that was apparently nothing was actually a very huge something.  Chromomycosis – a fungus contracted from a thorn that was stuck in my child’s shin. Not very pleasant, very hard to get rid of, and of course if not treated comes with long term consequences. The only way to treat the fungus was to cut more out of this little leg to make sure it’s gone for good.

The specialist told me that he was extremely surprised with the pathology and he had never seen this in a child. It’s usually common in men aged 70-80 who have worked on farms all their lives.

The point of my story is not for sympathy. It’s to make you aware- that feeling you feel when something is off, don’t dismiss it. Get to the bottom of whatever it is niggling at you and find the answers. Keep searching till someone takes you seriously and don’t stop till you do. It might not be a medical problem; it could be in any scenario really. Just know that as a mum you have this super power and you should use it to your advantage. Never push it aside, you have it for a reason.