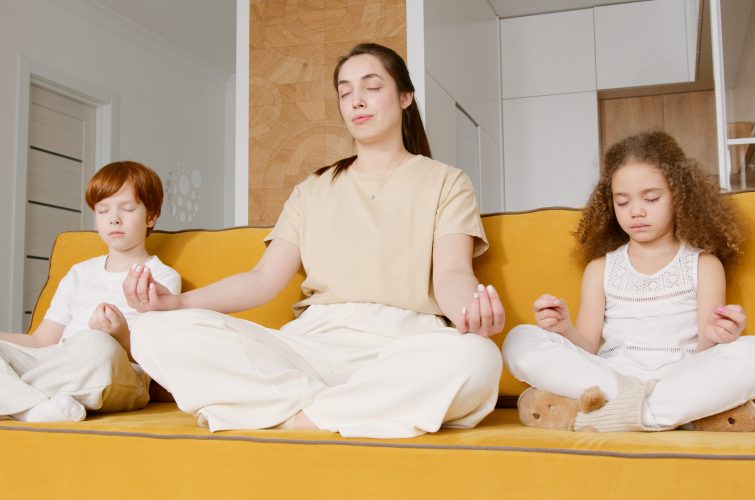 Recently, I spoke with Jo, a mother of very young kids, who had previously worked in banking. A bit over a year ago, she began her own small business consultancy. Shortly afterwards, she welcomed a third baby into the world; lockdowns happened yet again; her business went into suspended animation; and now she’s unsure of what she wants to do with herself.

“Should I return to my old banking job?”, she asked. She was good at it, but found it unfulfilling at some level, yet it would keep her occupied and pay her well. Or should she dust herself off and instead resurrect her fledgling consultancy?

One thing was palpably obvious from her voice and overall disposition. She looked and sounded exhausted, lacked clear direction, and a general malaise had set in for her. She couldn’t quite summon the energy levels for her next move, whatever it happened to be.

Jo seemed to be ‘languishing’, a term first coined by Corey Keyes, and made known to a non-academic audience in a recent NY Times article[1]. Languishing is the half-way house between the low of depression and the high of flourishing. It’s stagnancy; a feeling of joylessness that many are feeling right now during the pandemic.

What can you do to shake it off?

Some argue that ‘flow’ is the best antidote[2]. Flow refers to those golden moments when you’re seamlessly cutting through a task; your ego drops away as you find yourself fully immersed in it; and even the passage of time feels different: it’s bountiful, you hardly notice it. Humans are, according to Csikszentmihalyi, most happy when they are in the flow state[3].

So how can you experience more flow? A key component of the flow state is that you need to have sufficient competence in the task that you’re performing – you can’t be overwhelmed, or stressed out, by it – yet that task needs to pose enough of a challenge so that you’re invigorated and enthused (rather than soullessly going through the motions).

I recommend the following:

Do the work tasks that you’re good at, and that give you satisfaction.  Jo’s good at corporate finance but it doesn’t really satisfy her anymore. On the other hand, she needs to assess whether her consultancy work would provide her with work that she’s both good at, and invigorated by.

Watching the sunrise makes for an awesome sight, and science shows that, when you have a sense of awe, you feel more in the moment, time feels more abundant[4] – and that’s very much how you feel when you’re experiencing ‘flow’. It’s also important for young mothers to take a few minutes to notice those rays of sunshine… and breathe for a few seconds, in between being pulled from pillar to post with all that needs to get done in the morning.

Meditate! It facilitates the same kinds of brainwaves that occur during flow. A person in ‘flow’ shows an increase in theta and alpha waves in certain key areas of their brain[5]. Meditation induces a state of “restful alertness” in the person, where there’s background of calm, a surge in motivation and enthusiasm, and a level of mental sharpness that allows you to successfully cut through a task. Research backs this up too, with studies showing that mindfulness and meditation increase a person’s capacity for flow state experience [6] [7].

Neomal Silva has practiced Vedic Meditation daily since January 1994. He used it to manage his rest and energy levels during a 20+ year corporate career in Europe and Australia, and during his studies at UNSW, University of London, and Oxford University. Neomal teaches Vedic Meditation in Melbourne. neomalsilvasmeditation.com

The form of meditation that Thom Knoles taught for over 25 years with the TM organisations as “Transcendental Meditation,” has been the subject of hundreds of scientific studies showing a wide range of benefits from regular practice. These studies, which refer to this form of meditation using the name “Transcendental Meditation” or “TM”, support the benefits obtainable from regular practice of Vedic Meditation.

Neomal Silva has practiced Vedic Meditation daily since January 1994. He used it to manage his rest and energy levels during a 20+ year corporate career in Europe and Australia, and during his studies at UNSW, University of London, and Oxford University. Neomal teaches Vedic Meditation in Melbourne. neomalsilvasmeditation.com If you would like further tips on how to manage headspace, you can connect/follow Neomal on Linkedin: (99+) Neomal Silva | LinkedIn
A different version of Neomal’s article was first published on the Law Institute of Victoria Young Lawyers page on 11/10/21 and is available here.