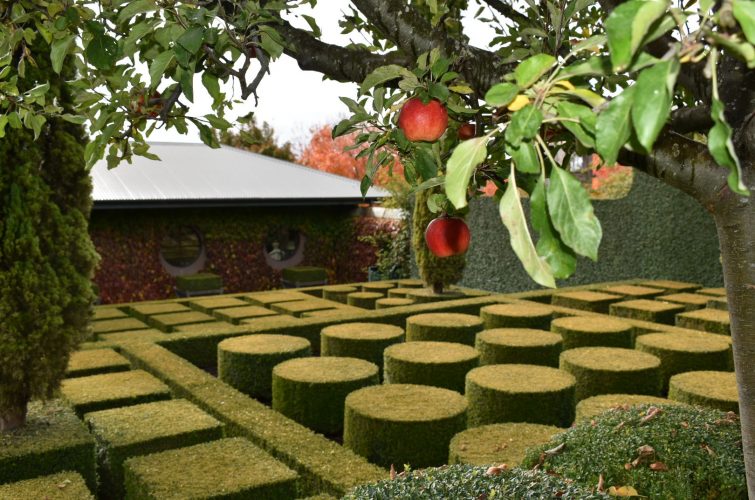 Are you a garden enthusiast? If so, this is a must-do experience!

Wow, what can I say about Paul Bungay’s, Stonefields…almost lost for words except that it was amazing and for anyone who is a garden enthusiast, or can appreciate a beautiful garden space this garden is definitely one to visit.

Paul Bangay is one of Australia’s most revered landscape designers

I have been studying Paul Bangay’s books for the last 10 years, ever since we purchased our own property that originally consisted of a couple of old gum trees. So out of necessity we gradually started to plant trees and build garden beds, and now has grown into a great passion from there.  Paul Bangay has published almost a dozen books and they have definitely been a reference point of mine and I have even been known to quote them.

Paul Bangay has been a wonderful source of inspiration…

One of my favourites is that “The garden is not a hospital for sick plants” And I often would tell my husband that if it’s not in Paul’s book we won’t be planting it… Thankfully I have since come around, only slightly.

My husband secured tickets for a personalised tour of Paul Bungay’s garden located in Denver, Country Victoria back around Christmas in 2019. I immediately booked in for a highly anticipated Autumn tour which was to be in April 2020; now we all know how that year panned out. So instead of taking up the refund for the cancelled tour, I swiftly rebooked for Autumn 2021.

Getting to Stonefields and the tour

Friday the 23rd of April was our tour date, so we made the road trip from Orange to Victoria a few days prior. The drive from Orange where we are located is approximately 8 hours to Stonefields in Denver or an hour’s drive from Melbourne airport.

On arrival at Stonefields we were greeted by the two gardeners who maintain the garden, Tim and Remi. I quickly struck up a conversation asking about how they maintain their hedges, and in particular what power tools and shears they use and recommend. One great tip that I learnt about trimming buxus and avoiding the burnt look afterwards is to “Always use  sharpened trimmers and prune mid spring and mid-autumn to avoid the extreme temperatures”.

Paul then led our group of about 24 along with his two gardeners and walked and talked around his beautiful property, he was very personable and welcomed everyone to ask lots of questions. We started at the top of his garden and then onto his rose garden, which had a large selection of David Austin’s Munstead Wood roses, along with perennials mixed in.

The next garden room was the Lily Pond garden which had a beautiful pond surrounded by immaculate “bowling green” grass, which we were all too scared to walk on, but Paul stood on it, he commented that it is not that precious. However I was not so sure if the gardeners thought that after seeing all the footprints.

As we descended to the lower levels leading down to his house there was an apple walk which consisted of Crimson Crisp apples that were perfectly ripe for the picking.  They were under-planted with buxus balls that were hedged into clouds. Paul encouraged everyone to pick the apples and take some home, which we all did.

His Parterre garden was a masterpiece with perfectly clipped and manicured buxus shaped into squares and circles, with pencil pines planted in-between. And knowing personally how hard pruning shapes can be, everyone just stood back in awe at the precision that these plants had been clipped. And if anyone has seen spring photos of this garden, he has 3000 tulips planted in amongst it all.

Morning tea was served at the back of his house, where we were spoilt with magnificent views of the valley, whilst enjoying the beautiful rusty colours under the Crimson Glory vine which covered his back pergola. This ornamental grape had leaves the size of a dinner plate, and is one plant that I’ll be looking for to include in my own garden.

From there we went to the “Woodland”, which was a circular garden surrounded by Pin oaks, Sugar maples, and Cherry Laurel and under-planted with shade loving perennials including hellebores and hostas. The colour of the trees was indescribable, and none of the pictures I had ever seen of this garden, had prepared me to how beautiful it really was.

“Just the sheer scale of it was amazing”.

So if the opportunity arises this is one garden that I would definitely recommend to anyone, just be mindful that bookings are essential, as numbers are limited. You can book a morning or afternoon session. But best of all, his garden in Denver, Victoria has a very similar climate to ours in Orange, NSW. So any plant that he has growing in his garden, we can plant in ours. 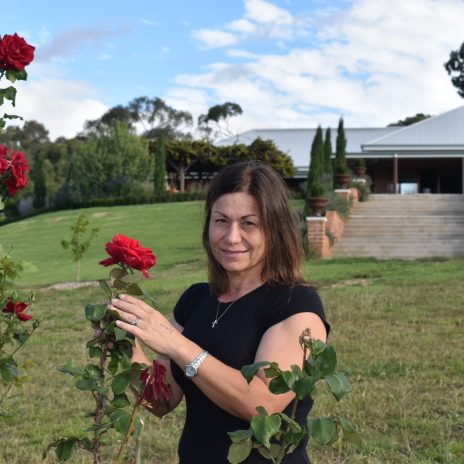 Josie Sanders Mum to Natalie and Michael, Nonna Josie to Laura and Alex and married to Gary a mad “Liverpudlian” I work full time in finance to pay for my gardening addiction. My hobbies include gardening, buying plants and gardening. and keeping up my Italian heritage in the garden.